How Safe Are You When You Fly? 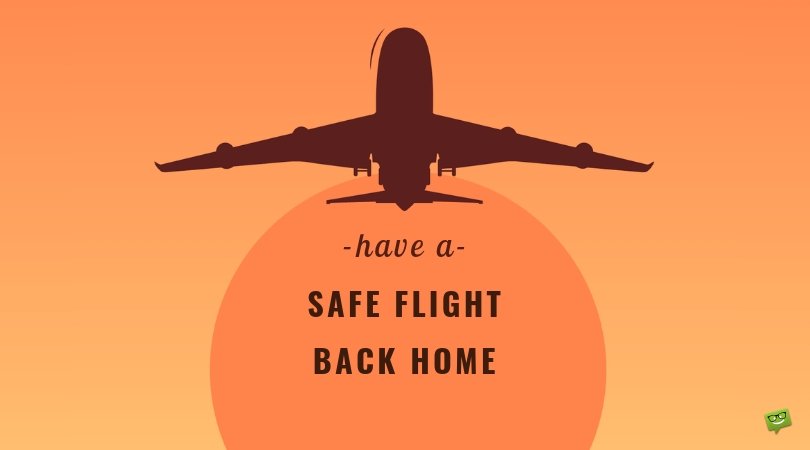 How Safe Are You When You Fly?

I didn’t think it’d ever happen, but it has: I’ve developed a (slight) fear of flying.  I was once a confident and fearless air traveler who believed wholeheartedly that flying was safer than driving.  I looked forward to flying.  But starting a little while ago, with the airplane crash in Buffalo, and then the crash on the Hudson River, and the FedEx plane in Japan going up in flames, and then the Turkish Airlines flight crashing in Amsterdam, and then the Air France flight disappearing into the Atlantic, and the crashes in Iran (phew!), I suddenly felt as if air travel really wasn’t that safe.  Perhaps it also had something to do with my gaining a sense of mortality with age, or that I was now paying more attention to the news (knowledge is such a double-edged sword)—but that’s besides the point.  I understand now why people get nervous to fly.

But, let me allay your fears, and tell you that air travel really is safer than ever before.  This article at Travel Leisure gives some assuring statistics about air safety.  Pilot errors have decreased and the accident rate is consistently lower now than in the 1990s.  Your chances of dying on a flight on a typical American airline are indeed incredibly small, only one in 13 million. As you’ve probably heard before, your chances of dying while driving a car (a one-year chance of one in 6,500) or simply crossing the street (a one-year chance of about one in 48,800) are much higher.

But I know what you’re thinking.  Logically, you know that air travel is statistically much safer than other modes of transportation.  But what can you do you minimize your risk?  According to The Daily Beast, which crunched the numbers and compared rates of accidents and incidents (those stomach-churning events that could have gone very gravely wrong, but luckily didn’t) on the major U.S. airlines, there are safer airlines to fly.  Of the big ten domestic airlines, here were the rankings, from safest to least safe with nice tool for flight scanner:

Surprisingly, all of the start-up discount airlines landed at the top of the list.  Book flights with those carriers if air safety is of great concern to you—not to mention that these airlines often offer cheaper flights anyways. Aside from keeping these safety rankings in mind, also know that regional carriers have an accidents and incidents rate more than twice as high as national carriers (Mesa Airlines and Midwest Airlines scored particularly badly).  Other interesting facts that a nervous traveler might like to know: Passengers near the tail of the plane have a 40 percent better chance of surviving a crash than those in the first few rows. Flying in smaller jets is four times more dangerous than flying with a big carrier.  And American air safety standards are uniformly higher than in other areas of the world.

So take heart. Flying is a safe way to travel, and is a necessary part of international and long-distance travel—unless you are one of those tireless souls who enjoys slow travel using overland and over-sea modes of transportation.  Knowing what’s on the other end of the flight will, for me, always make the jostling turbulence and the rough landings worth it.